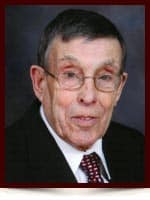 Surrounded by his loving family, Mr. Joao Melo of Edmonton passed away peacefully on November 22, 2014 at the age of 85 years.

Left to cherish his memory is his loving wife of 58 years, Margarida; two sons: Jose (Lourdes) and John; five grandchildren: Debbie (Dinis), Ryan (Brianna), Jeffery (Emma), Kimberly (Darren) and Dyanna; three great-grandchildren: Avaya, Rylan and Noah; his brother Manuel (Delzira) as well as numerous relatives and many dear friends. He was predeceased by his daughter Ana and his daughter-in-law Laurine in 2013; one brother and two sisters.