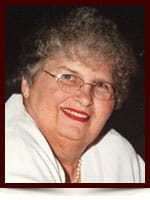 It is with great sadness and much love that we say goodbye to our beloved mother, grandmother, sister, aunt and friend Carol Nelson of Edmonton, Alberta who passed away suddenly but peacefully in her sleep on August 18, 2015 at the age of 75.

Carol was born in Edmonton, Alberta. Her father worked with the Alberta Government and the family was transferred to, and lived in, many towns and cities in Alberta. Carol graduated from Wetaskiwin Composite High in 1958. She married Mervyn Clarence Nelson on October 17, 1959 in Wetaskiwin, Alberta. Carol worked as a Telephone Operator at Alberta Government Telephones, then at Edmonton Telephones (Telus) until her retirement in 1992. The family lived in Wetaskiwin, Edmonton and Devon until both Mervyn and Carol’s retirement and then they began their travelling adventures.

Carol and Mervyn loved to travel and went on many trips around the world together. When Mervyn was no longer able to travel, Carol continued to take trips on her own and enjoyed meeting new people and seeing new places; she was an adventurer. Carol was very interested in people; she wanted to know all about them and enjoyed listening to their stories and sharing her own. She loved her family and dear friends and brought back trinkets and stories to share with them.

The family wishes to thank her good friends, Hazel and Margo, for all of their help and support through the years and especially since the passing of Dad on December 16, 2014.

At Carol’s request there will be no service; cremation has already taken place. Carol’s ashes will be scattered globally in beautiful places by her family. In her memory, donations may be made to the Heart and Stroke Foundation.