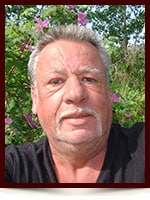 It is with deep sadness that we announce the sudden passing of Dwight Ibsen of Nestow, AB on June 20, 2014.

He will be lovingly remembered and missed by his two sons Jason (Sarah) and Wesley (Daphne), and his grandchildren Jinnaya, Odin, Olina, and Radley, as well as the mother of his children Kathryn Ibsen, and by countless friends.

He is also survived by five brothers: David, Daniel, Donald, Dwayne, Dale, and his sister Denise. He is predeceased by his mother Edith and father Stuart Ibsen of Spruce Grove.