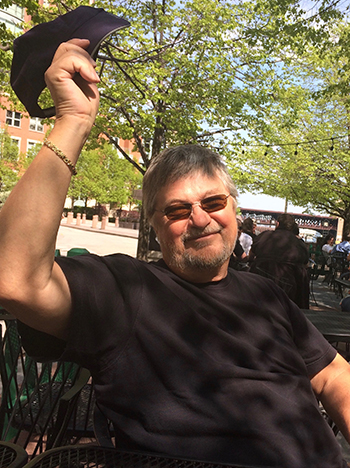 Gerry passed away peacefully after a long illness.

Born in London, England, Gerry came to Canada in 1952 when his mother and three older siblings emigrated from Ireland to join his father. They first settled in Wainwright, Alberta, then moved to Calgary while Gerry was in high school. There, Gerry met cherished family friends, the Fosters. He began a passion for swimming by joining the Killarney Swim Club. He swam at the national level and took part in Olympic trials. Gerry then attended the University of Alberta in Edmonton where he and Wendy met. Gerry became a Chartered Accountant in 1980 culminating his career as President and CEO of the Peace Hills Trust Company. Gerry believed that you should be the best that you can be and this was reflected in his business and personal life. He challenged everyone he met to do and be better and some of his advice and words of encouragement are legendary.

Gerry’s love of travel began when he and a friend travelled to Europe at 18. Over three and a half months they travelled from London to Marrakech and back. Then, at 21, he travelled for eight months through Central America to Buenos Aires and back. This passion for travel took him and Wendy to many places including Machu Picchu, the Everest Base Camp, the Great Pyramid and on many happy family holidays in the Bahamas, Hawaii, Mexico, Costa Rica and Lake Tahoe. Gerry had always wanted to set foot on every continent and nearly made it, even travelling to Antarctica after his diagnosis. On his way there he took part in a March in Buenos Aires with the Mothers of the Disappeared. The only continent Gerry did not visit was Australia.

An avid soccer fan, on his retirement, Gerry and Wendy lived in London, England so he could watch a live season of Premier League Soccer.

Family and friends were all important to Gerry. He took particular delight in his grandsons; swimming in the waves with his ‘King’ Oscar and holding Lochlan in his arms in the sun in Phoenix. We will remember his generosity, his wit, his spirit and, above all, his laugh. Gerry will be missed by all who knew him.  His was a life well lived.

A celebration of that life will be held at a later date.

The family would like to give special thanks to the staff on Unit 9Y at the Edmonton General Hospital for their kind and compassionate care.

In his memory, donations can be made to the Stollery Children’s Hospital Foundation.