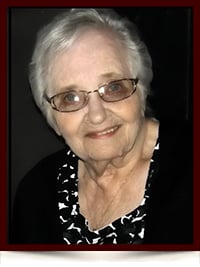 It is with great sadness that we announce the passing of Josie Meidinger on Sunday may 14, 2017 at the age of 89. Josie’s memory will be forever cherished by her three sons Jerome (Olga), Ernie (Sharon), Melvin, and one daughter Cathy (Mark) Nixon; two precious grandchildren Melanie, Darren (Paula) and two great grandchildren Cody and Sophia. She leaves her brother Metro (Annie), Father Paul Lysak and brother in law Nick Cusiac as well as numerous nieces and nephews. Josie was predeceased by her parents Julian and Victoria Lysak, her first husband Walter Nahayowski , second husband Lyle Meidinger, brothers Mike, Nick , sisters Anne and Marie, sisters in laws Barbara and Elsie, and also brother in law Alex.

The family would like to thank all the doctors and nurses at the CCI , Royal Alex and the Norwood Hospice for all their help and care for Josie.