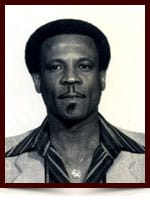 Maurice W. Moffett was a teacher within the public school system for most of his professional career.  He was the son of Ulric Moffett and Vera Charles. He was the father of Maurice Jr., Annis, Mark, Wayne, Monique, Moneta, Marcel, and Maya.  He was the Grandfather of thirteen grand-kids including Candis, Ibrahem, Mikayla, Chantelle, Willow, William, Jacoie, Zion and Kyah; the brother of Charles Wilson (Guyana), Rockcliffe Wilson (USA), Jennifer Wilson (USA), Hazel Moffett (USA), Constance Moffett (USA) and others.