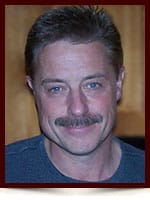 It is with a heavy heart that the Chwyl family announces that Nicholas (Nick) Joseph Chwyl 57, passed away on December 16, 2015 after a valiant battle with cancer. He is survived by his wife - Wanda, his parents - Nick and Louise, his brother – Ron, his sons – Jason (Jessica) and Matt, his daughters - Nicole and Kennedy and his grandchildren – Rebecca, Flora and Matyx. He is predeceased by his two sisters - Deborah and Donna. Nick also leaves to mourn his loss numerous aunts, uncles and cousins, and many friends and coworkers. He will be missed by many.