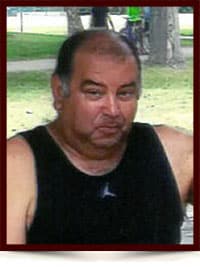 Born on August 20, 1956, in Regina, Saskatchewan, Robert was placed into the foster care of George and Theresa Kurtz. He attended St. Andrew Catholic School and Miller Comprehensive High School.

Bobby was an avid runner, loved curling and various other sports, especially his beloved Saskatchewan Roughriders. He joined the military and was an MP until he had to leave to become a single dad to his two children.