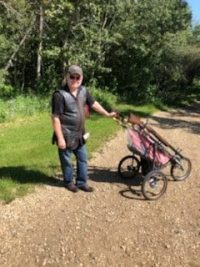 It is with deep sadness that the family of Robert Stevenson Rogers, of Stony Plain, AB, announce his peaceful passing at the age of 64.

Robert will be missed dearly by many. Bob was predeceased by his wife Marianne in 2015, his parents Joe Rogers and Agnes Rogers (Middleton). He leaves behind his brother Steve Rogers, sister-in-law Brenda, nephew Taylor Rogers and his loving partner Marilyn.

Robert was well known in the Alberta Firearms Association where he instructed with various gun clubs throughout Alberta. He was also a former instructor for the Edmonton Police Service, RCMP and was passionate about the proper handling and safety of firearms.

In lieu of flowers, donations may be made to the Heart and Stroke Foundation, 110-1525 Carling Avenue, Ottawa, ON, K1Z 8R9, in Robert’s name.