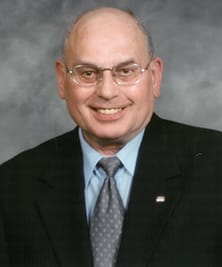 It is with heavy hearts that we announce that William Hunchak succumbed to injuries after a fall and passed away on July 21, 2020 at the age of 84.

He will be lovingly remembered by his wife Adrienne, son Perry (Stacey), his beloved granddaughters Ashley and Allison and daughter Mandy Nelson (Mike). He is survived by sisters Mary and Victoria and many nieces and nephews. He is predeceased by 4 brothers and 3 sisters.

Bill was born and raised on a family farm in Andrew, Alberta, later attending the Radio and Electronics program at SAIT. He worked for AGT/Telus until his retirement, taking him from Calgary, to Lloydminster and finally settling in Edmonton to raise his family with Adrienne in 1971. He was a senator of the Jaycees for many years and loved sports, whether coaching soccer, as an Edmonton Eskimos season ticket holder or watching the Oilers. An exceptionally hard worker and great handyman, Bill could often be found in the garage fixing or building something. He was very generous to those he loved. During his retirement he enjoyed travelling to many different parts of the world, playing in a senior’s softball league and watching his granddaughters grow.

The family wishes to express their thanks to the staff at the Royal Alexandra Hospital for their care at this difficult time.

A private service will occur at a later date.