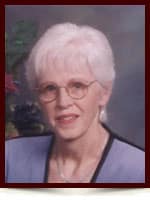 Mary Elizabeth Mackie (nee McDonald) died unexpectedly and peacefully, surrounded by her husband, children, and grandchildren on February, 20, 2015 at the age of 79.

The family would like to thank the doctors and staff at the Grey Nuns Emergency for their special care and support.