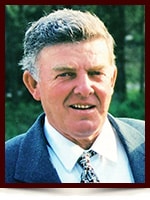 Charles Blackburn of Oliver, BC  passed away peacefully on Wednesday, September 7, 2016 at the Moog & Friends Hospice House in Penticton after a valiant, nine-year battle with stage 4 prostate cancer.

Born in Edmonton, Alberta on May 16, 1946, he lived most of his life in Maple Ridge, BC and Vernon, BC. Charlie was predeceased by his parents, Gaston and Angeline, as well as his brothers Raymond, Edward, Joe, and sister Rolande. He was joined less than a day later by his brother, Louis. Charlie is survived by his wife, Velma, his son Cary (Deanna), son James (Kellie), grandsons Ryan, Ethan, Elijah, granddaughter Ellianna, brothers Wilfred (Arlene), Bob (Mabel), Dan (Margaret), Gaston, sisters Eva (Joe), Emelda (Raymond), and Marie (Duane).

Memorial donations may be made to Prostate Cancer Canada