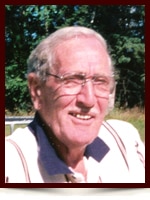 On June 7 2011, Mr. Wally Mitchell of Edmonton Alberta passed away at the age of 80 years, after a long battle with lung disease. Left to mourn Wally's passing are 2 son's and 1 daughter Ken (Linda), Jim (Robbie), Donna (Randy) as well as all of his beloved grandchildren; his brother Cy and sister Beryl.