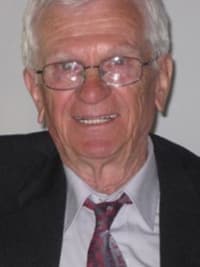 In lieu of flowers the family ask that donations be made to the Alberta Lung Association https://www.ab.lung.ca/donate