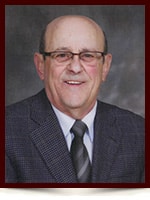 Surrounded by his loving family, Mr. Eduardo Garcia of Edmonton passed away peacefully on December 13, 2104 at the age of 73 years.

Left to cherish his memory is his loving wife of 48 years, Laura; his daughter Elizabeth (Peter); three granddaughters: Alexandria, Kadence and Cecilia; his daughter-in-law Samantha; his sister Maria (Eduino); his brother-in-law Abilio and two sisters-in-law Maria Regina and Fatima as well as numerous nieces, nephews and many dear friends. He was predeceased by his son Eduardo in 1999, two brothers and one sister.