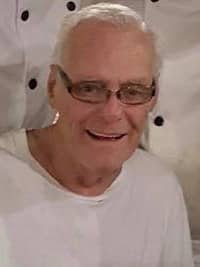 It is with great sadness that we announce the passing of Gary West on September 21,2018 at the age of 80. Gary was born in Winnipeg Manitoba on June 7, 1938 to his parents Harold and Maybelle West.

Gary was raised in Winnipeg where he was a restaurant owner until he moved to Toronto for a short time finally moving to Edmonton in 1970 where he stayed in the restaurant and hotel business for many years.

Gary spent the last 25 plus years with Franco’s, the Edmonton Sun and Journal where he was a dedicated, hard-working employee and continued to work up until his passing.

Gary was cherished by his pre-deceased parents Harold and Maybelle West as well as his brother Gordon West.

Gary will be forever remembered by his sisters Vivian Cameron, Virginia Hart, his brother Bill West and wife Bonnie, many nieces, nephews, cousins and close friends that he considered his Edmonton family.

Gary wll be missed by many but never forgotten.