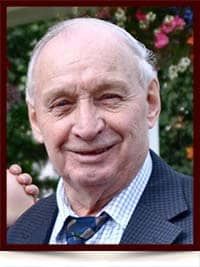 George passed away peacefully in the presence of his family at the age of 88.

A memorial for George will be held in early spring of 2018 in Edson, Alberta.

In lieu of flowers, the family would greatly appreciate donations be made to the Alzheimer Society of Alberta and NWT in George’s name.