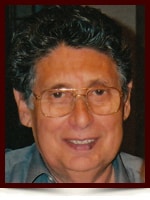 On March 31, 2010 Mr. Gil Teixeira of Edmonton passed away peacefully at the age of 77 years. He will be dearly missed by his son Gil (Jenny) and his daughter Grace (Antero); 5 grandchildren: Danielle, Carolynn, Andrea, Alex and Nicole; siblings: Leonilde, Jose-Luis, Fatima and Duarte (Alice) as well as numerous relatives and dear friends. He was predeceased by his beloved wife, Maria Ines, daughter Susan-Paula and brothers Antonio and Tiberio. The family would like to extend a special thank-you to the Doctors and Nurses of station 17 at the Sturgeon General Hospital.