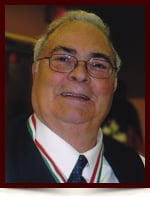 It is with great sadness that we announce the sudden passing of Gilberto Raposo of Edmonton, formerly of Sao Miguel, Azores on August 18, 2012 at the age of 75 years. Gilberto was a proud, loving, Catholic family man.

The Family wishes to extend a heartfelt thank you for the compassion care given to Gilberto at the Royal Alexander Hospital Unit 53 in his last days.