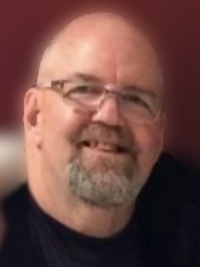 Gregory Edward DeBow, 61, of Edmonton, Alberta, passed away, Friday, March 13th, 2020, after a brief but courageous battle with an aggressive form of brain cancer.

Greg was born on September 28th, 1958 in Ottawa, Canada. He was soon adopted by his parents, Darryl and Iona DeBow, a brief time after birth. After a few short years of being an only child, the family welcomed in adopted son, Wallace DeBow, with open arms.

Greg loved sports, especially hockey, where his favourite team was the Vancouver Canucks. He spent his free time watching various sports games live and on TV; and remembering “the good ol’ days” of playing junior pro for the Ottawa 67’s.

He is survived by his son, Dario Edward DeBow and his partner McKenzee of Delta, British Columbia whom are expecting their first child in June of 2020. He was very excited about becoming a grandparent and made sure to brag to everyone that he crossed paths with about the new addition. Greg was preceded in death by his parents, Darryl and Iona DeBow.

A special thank you to his medical team at University of Alberta Hospital in Edmonton, Alberta for their loving care and support during his final days. Also, the family would like to extend their sincerest gratitude towards Trinity Funeral Home for being very accommodating and understanding during this difficult time.