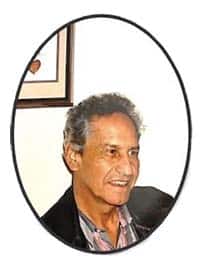 Harold was born December 23, 1936 to Charles and Bernadette (Laboucan) Bellerose in Cork, Alberta, the youngest of thirteen children. He moved to East Prairie at the tender age of 3 years old with his family.

He met his beautiful bride and wife of 60 years, Darlene (Smith) Bellerose, in East Prairie and they were later married in Edmonton, Alberta.

His passions were playing in his band for all the community celebrations, such as weddings, anniversaries and rodeos. His favourite sport was hockey of any level and was a coach for his boys in minor hockey. He was a talented carpenter who built all his family homes on his farm where he loved raising horses.

Harold will be fondly remembered by his sister, Teresa; brothers George and John; daughter Velma her children Jarrod (Paige) Shylynn and Hannah; son Todd his children Delaney, Nicolas and Hunter: son Harold (Diane) their children Cody, Luke and Cort; son Hank his children Dustin and Aaron; son Clint and his children Lara and Seth; and numerous nieces and nephews.

There was always bright smile on his face and anyone who knew him personally knew that he loved to tease and create nicknames for his favourites. He will be deeply missed by his family, friends, and all who knew him.