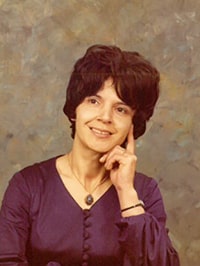 Surrounded by her Loving family, Hazel Luce of Edmonton passed away peacefully on August 13, 2019 at the age of 74 years.

She was predeceased by her husband Herbert in 2005.