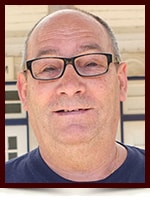 It is with profound sadness that we announce the sudden passing of Joaquim (Jack) Nunes on April 2, 2017 at the age of 69 years.

Left to cherish his memory is his loving wife of 45 years, Connie; his three children: Paulo (Lori), Jessica (Kent) and Justin (Victoria); daughter-in-law Jennifer; five grandchildren: Maggy, Pietra, Mason, Ethan and Cohen; two sisters: Teresa and Gina (Joe); his brother David as well as numerous nieces, nephews and many dear friends. He was predeceased by his son Michael in 2006.