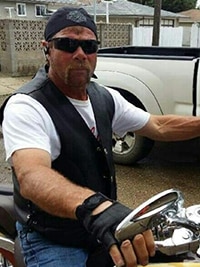 John Lamers, a foreman and loader operator worker, who resided in Edmonton, Alberta, died unexpectedly on Dec. 16, 2018 at the age of 53 due to heart disease.

John was born in St.Thomas on July 06, 1965 to John and Lezora Lamers in Aylmer. John was very close to his nieces and nephews, and always expressed his love for family. His hobbies included NASCAR, Football (Go Green Bay), and his Harley Davidson motorcycle rides. He was an outdoor person taking his family camping all the time, and enjoyed his BBQ.

A cremation is in process and a celebration of life to be determined at a later date. He will be deeply missed by friends and family who knew him.