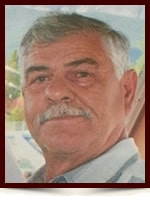 Surrounded by his loving family, Jose Costa of Edmonton passed away peacefully on September 3, 2014 at the age of 61 years.