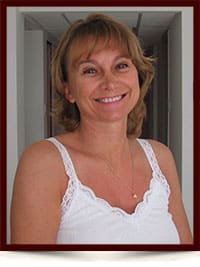 It is with great sadness that we announce Linda Darlene Rochlitz a devoted wife, daughter, mother, grandmother and friend lost her battle with Cancer on Saturday August 6 2016 at her daughter’s home where she was lovingly cared for during the last few months of her life.  Linda was born February 24 1953 in Lethbridge AB to her loving parents Milton and Roseline Boyd.

She is predeceased by her Mother Roseline Boyd and her Brother David Boyd.