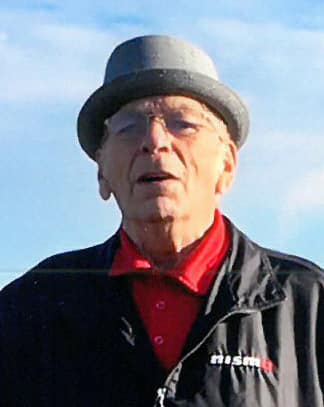 It is with much sadness that the family of Luigi (Gino) Piano announce his passing on October 30, 2019 in Edmonton, Alberta, Canada.

Gino was born in Campobasso, Italy and immigrated to Canada in the late 1950’s.

He will be greatly missed by his two granddaughters, Brittany and Brianne Moody.

He was predeceased by his brothers Mario and Pietro.

Gino will be remembered for his love of music, singing with his sisters, dancing, his passion for cooking and friends. He was a gentle and likable soul who lived a simple life. He was known by many in the “Little Italy” community of Edmonton.

A Mass of Christian Burial will be held for Gino on November 8 at 11:00 a.m. at Santa Maria Goretti Roman Catholic Church 9110-110 Avenue Edmonton, Alberta.

We would like to thank La Dolce Vita Café & Bar – this was Gino’s long-time favorite café. Thank you to Mario DeLuca and his staff and their patrons for providing Gino with a warm and friendly spot to gather with family and friends.

In lieu of flowers, donations will be graciously accepted by the Cirrhosis Clinic at the University of Alberta Hospital.