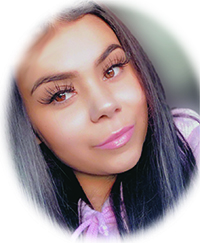 It is with heavy hearts that we are announcing the passing of a beautiful soul Mariah Gailene Gentes on September 18th, 2021 at 10:46 am at the age of 19. A loving sister, daughter, aunt, granddaughter, Niece and a recent godmother. Mariah was a loving and caring soul. Always putting others before herself right from the day she was a joyful and upbeat child to when was sent home to our heavenly father. Mariah’s laugh would make you laugh until it hurt. She had A smile that lit up the room with a sparkle that nobody could ever dull down no matter what life threw at her. Always staying the happy hopeful Mariah till the end.