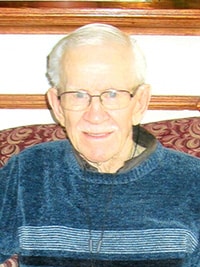 Nicholas Cusiac passed away peacefully in University of Alberta Hospital on May 15th, 2018 in Edmonton, Alberta at the age of 88.

Nicholas is survived by his children, Barry and wife Louise, Nicolette and husband Peter, Rodney & Janice-Lee, his grandchildren, Pamela and husband Stephen, Ashley, Adam, Alisha, Kyle, Britney, Jasmine & Jacob and his great-grandchildren Olivia & Silas. He is preceded in death by his son, Alan and wife, Mary.

Nicholas was born on April 28th, 1930 in Hamlin, Alberta to Maria & William Kusick. He married Mary Lysak in 1950 in Vancouver, British Columbia. Nicholas performed underwater welding in Vancouver. He also worked as a welder for Brown & Root in Edmonton, Enerflex in Calgary and as General Foreman at the Shell Refinery in Peace River. Nicholas was a 62 year member of United Association of Plumbers & Pipefitters Local 488.