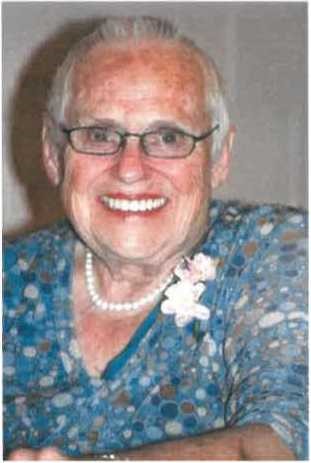 Some people walk this earth to quietly share their radiance. Their departure reminds us that Angels are watching over us. On
August 27th at the age of 94, our beloved Mother, Grandmother, Great and Great-Great Grandmother, relative and friend,
Opal Lourine Jackman rejoined her heavenly family and gained her wings.

Lourine was a stay-at-home Mom to her 10 children and to the many people who considered her their surrogate Mother. She
ensured that every child that crossed her threshold was safe, healthy and happy. She was an exceptional wife and cared deeply
for family and friends. As a senior, she worked tirelessly through the City of Champions Lions Club to help make the world a better place.

She was pre-deceased by her loving husband of 43 years, Mikel Percy Jackman, her 4th child Ronald Clayton Jackman and her parents Earl and Marie Jones.

A Celebration of Life will be held at a later date

In lieu of flowers, donations may be made to Lions Foundation of Canada at www.dogguides.com or to a charity of one’s