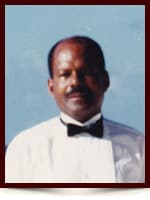 Oscar Kellman passed away peacefully at the University of Alberta Hospital on January 4, 2012 at the age of 81 years.
He is survived by his four children: Ethan and Peter Kellman, Janice (Raymond) Bucknor and Jennifer Lewis; eight grandchildren and three great-grandchildren and well as numerous nieces, nephews; two brothers and two sisters.

Memorial Service
To be announced