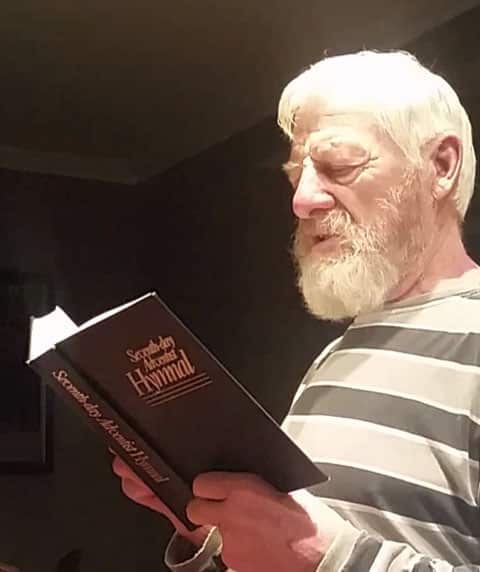 On December 14, 2016 Paul Werezuk of Vegreville passed away suddenly in the comfort of his home of a massive heart attack at the age of 84 years.

He is pre-deceased by his parents Sam and Dora; 3 brothers Peter, William and Walter; brother in-laws Burt Duncan and Walter Pardely; 3 sisters Victoria, Mary and Annie.

Paul lived his entire life NE of Vegreville and was known to have lived his life the way he chose without taking too much advice from anyone. For much of his life, he was known as one with great mechanical aptitude and creative skills and would not hesitate to help others. He saw value in everyone and everything around him and loved getting deals at auctions and fixing more than farming. He had a passion for hockey and even played last season.

Paul lived a long physically healthy life to be proud of and now rests in peace waiting for our Lord and Savior.

Paul’s remains were cremated and a very private memorial ceremony will take place at a later date.

Our dad had a big heart… had that going for him

Rode a bike in his 80’s… stayed fit and trim

Tell him what he needs or doesn’t need, see if you can

He always would have the last loud word

Why? Couldn’t hear worth the darn… that for sure

Don’t need a license to go into town

He’s got a John Deere… if it doesn’t break down!

He loved to farm… grew a thing or two

Had five kids and a beautiful wife…. woohoo !!

Hockey was his love… on a sheet of ice glass

Let’s go fishing… cut a hole in that ice

Sit for hours…… ahh this is nice

It’s not the same without him here…

Please excuse us while we shed our tears.

WE MISS YOU ALREADY! and WE WILL SEE YOU SOON!