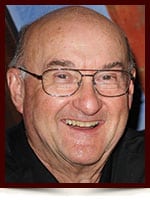 Peter Horon fell ill suddenly and two days later passed away at the age of 75 years on Sunday, January 17th 2016 at 8:06 a.m. at the U of A Hospital, surrounded by his loving family.

Peter was born on September 16 1940, in the farming district of New Kiew, north of Lavoy AB, to Tom and Anne Horon. He grew up on the family farm-- now still in his name--and attended the Krasne (“Beautiful” so named when it was built) district school. Peter went on to graduate from Two Hills High School.

Having completed a University Education degree, Peter was a teacher for 36 years, beginning in Innisfree and then moving to teach in Edmonton, where he made his home with his family. (His parents’ family farm, on which Peter grew up, has been in the Horon family for over one hundred years, starting with his grandfather. Peter was very proud to be part of that family history and heritage and was involved in one way or other in helping to maintain it as such over the years.) After retiring from teaching, he continued with full-time hobby farming there until his passing.

In Edmonton, he was an active member of many organizations, including the AUUC Ukrainian Centre (where he was the current President) and where he participated for many years in the Trembita Ukrainian Choir and took an active part on the Board, many times, as well as on various committees. He was also President of the Alberta Ukrainian Heritage Foundation.

Peter was the most caring, generous, helpful, and loving husband, father, brother, uncle, mentor, and friend that one could have. He supported his daughters with their baseball leagues throughout the last 35 years as a coach.

In the community and Ukrainian Centre Peter was a leader, an organizer, manager, and supportive member with loads of optimism, empathy and human relations skills. He enjoyed life, was a happy, positive person, always leaving people with lasting positive impressions, be it with friends, colleagues or strangers.

Peter was extremely fond of Cuba, which he--along with his family--visited many times, where he had many friends and lots of lasting memories. Cuba could easily be considered to have been Peter’s second home ... “we wouldn't be surprised if Castro himself sends his condolences!!”

Peter is survived by his loving wife Elsie, two daughters Sheryl (Ken) and Leanne (Chris, Tristan), four sisters Olga, Lillie, Vera (Roy), Veronica (David), and one brother Victor (Olga). It is with great sadness, much love and fond memories that his family now says good-bye to him.

At Peter's request, there will be no funeral held; however a Celebration of Life will be held at a later date.

We wish to convey our very special thanks to the excellent and caring and professional staff in the U of A Trauma Unit (3F2) who gave exceptional care for Peter while in a two-day coma.

In lieu of flowers, the family requests that donations be made in Peter's memory
to STARS ambulance.