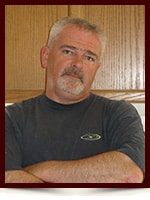 It is with deep sadness that the family of Robert Osborne MacDonald announce his passing at the Grey Nuns Hospital on December 21, 2014 surrounded by his family.

Robert was the second youngest of 15 children born to the late Daniel MacDonald and the late Pearl MacDonald (Bouchie) both of Mulgrave, Nova Scotia. Robert was a huge baseball fan being given the knickname "Heater" as he was well known for his fast pitching growing up. Robert became a Power Engineer and married his then wife Debra Cameron and moved to Alberta in 1994 where he later had two boys.  Robert was a loving father to his two sons Cameron and Calder who were both his pride and joy. Over the years Robert was an employee of the Hotel MacDonald, Black & MacDonald and also worked for the City of Fort Saskatchewan. Since taking a stroke earlier this year Robert had spent the last several months in Ponoka at the Brain and Injury rehabilitation centre where he was quickly nicknamed "Hollywood" for the love of his shoes and skin care products.

Robert was predeceased by his parents Daniel and Pearl MacDonald, brothers Lawrence and David, sister Lorna Young, nephew Claude and niece Marie.  Robert will be sadly missed by his 18 nieces and nephews and his 13 great nieces and nephews. A special thank you goes out to the staff at Grey Nuns Hospital in both intensive care and stroke wards and Ponoka Rehabilitation Centre for helping care for him. May he rest in peace until we meet again.

Memorial Service
Saturday, April 4, 2015
Location and time to be announced at a later date