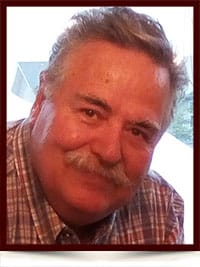 On June 15, 2017, Steve Alvanos passed away at the age of 69 years at the Cross Cancer Institute, after a courageous, yet short battle with cancer.

Steve will be lovingly remembered by his wife of 48 years, Katina, two daughters:  Despina and Zoe (George), grandson Dimitri as well as many loved nieces, nephews, family and friends.

Steve was born in Pireaus, Greece on June 23, 1947 to Konstantinos and Despina Alvanos.   He arrived in New York in the mid 1960’s as a young sailor and made his way to Montreal and eventually setting roots in Edmonton.  On June 28,1969, he married Katina and thereafter had two beautiful daughters.  Steve created a wonderful life for himself and his family.  He spent the last few years of his life doing what he loved best; gardening, hunting and spending time with loved ones.  His greatest passion was the apple of his eye, his grandson, Dimitri.  He was a giant of a man, with a heart of gold and limitless sense of humor.  Alongside his brother-in-law Jimmy, the jokes were many and pranks were endless.  He will live on in our hearts forever and will be deeply missed.

In Lieu of flowers, donations can be made to St. George’s Greek Orthodox Church