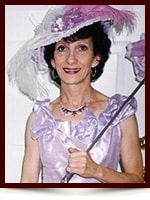 On Sunday, October 26, 2014 Sheila lost her battle with cancer, passing away peacefully in her sleep at the age of 61.  Sheila is survived by loving husband Ed and her daughter Tami (Len); her grandson Tyler,her granddaughter Courtney; three brothers: Ken, Don and Gary; two nieces: Tonya and Tracy; her great-nephew Keenan; two stepsons: Leonard and William; six step-granddaughters: Seneca, Crystal, Mercedes, Dreya, Cheyenne and Paige as well as numerous relatives and many dear friends.

Sheila will be sorely missed by her many friends and co-workers.