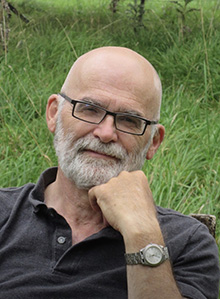 Ian passed away on July 9, surrounded by people he loved.

He will be lovingly remembered by his wife, Edith, daughters Ellen and Emily, son Matthew, daughter in law Natasha, grandson Gabriel, his mother Mary Parsons, sisters Sara and Susan, his in-laws and several nieces and nephews.

He will be missed by many friends, especially his fishing buddies, his former work colleagues, the Taoist Tai Chi community, and his D&amp;D group.

He caught many fish and patted many animals. He was kind and loving.

Cremation has taken place. Due to COVID, we will celebrate Ian’s memory at a later time.