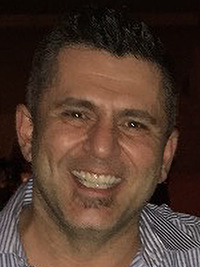 Surrounded by his loving family, Ross Elksnitis of Edmonton passed away peacefully on June 30, 2021 at the age of 49 years.

Left to cherish his memory is his loving wife of 25 years Rosanna; his two children: Emma and Jakob; his mother Assunta; his sister Rose (Brent); six nieces and nephews: Stephanie (Michael), Micaela, Mya, Liza, Ireland and Aishlyn; his mother-in-law Gina; his brother-in-law Joe (Rita) and his sister-in-law Franca (Mike); his faithful pals Pepsi and Charlie as well as numerous relatives and many dear friends.

He was predeceased by his father Evalds Elksnitis in 2000 and his father-in-law Giovanni Filice in 2004.