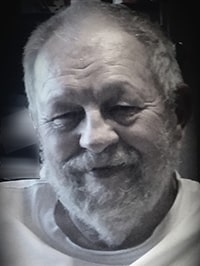 We are deeply saddened to announce the passing of Alex Baysarowich (73) after a short and courageous battle with Pancreatic Cancer. Alex passed away peacefully surrounded by his loving family on March 21, 2018 at the Northern Lights Regional Health Center in Fort McMurray.

Alex is survived by his loving wife Ferne of 49 years, 2 daughters Cathlena (Brent) and Jennifer (Sean), as well as two amazing grandsons,he was very proud of Cohen and Andrew Baysarowich. His sisters Julie, Elsie, Vicki and Mary-Anne. Alex is pre-deceased by his parents Lena and William and 2 brothers Nick and Tony Baysarowich.

Alex was born on September 11, 1944 in Zhoda Manitoba and raised in Thunder Bay Ontario. Alex has spent his last 38 years living in Fort McMurray, Alberta.

Alex retired from Suncor Inc. along with Diversified Transportation. He is the Founder of the local Search & Rescue group. Alex was involved in the organization and setting up of the provincial Alberta Search &; Rescue foundation in Edmonton Alberta. He was also a Knight of the St. John Ambulance family.

One of Alex’s best qualities was being a kind and loving husband, father, papa and friend. He was also a father figure to many of his “adopted children”. No one who entered his life ever went hungry or
homeless. He had many furry friends over the years that had the best lives of any animal you have ever seen. Alex will be deeply missed by all who knew him.

Please join us for a Celebration of Life for Alex on Wednesday April 11, 2018 6-9pm at the Fort McMurray Legion 9317 Huggard Street.