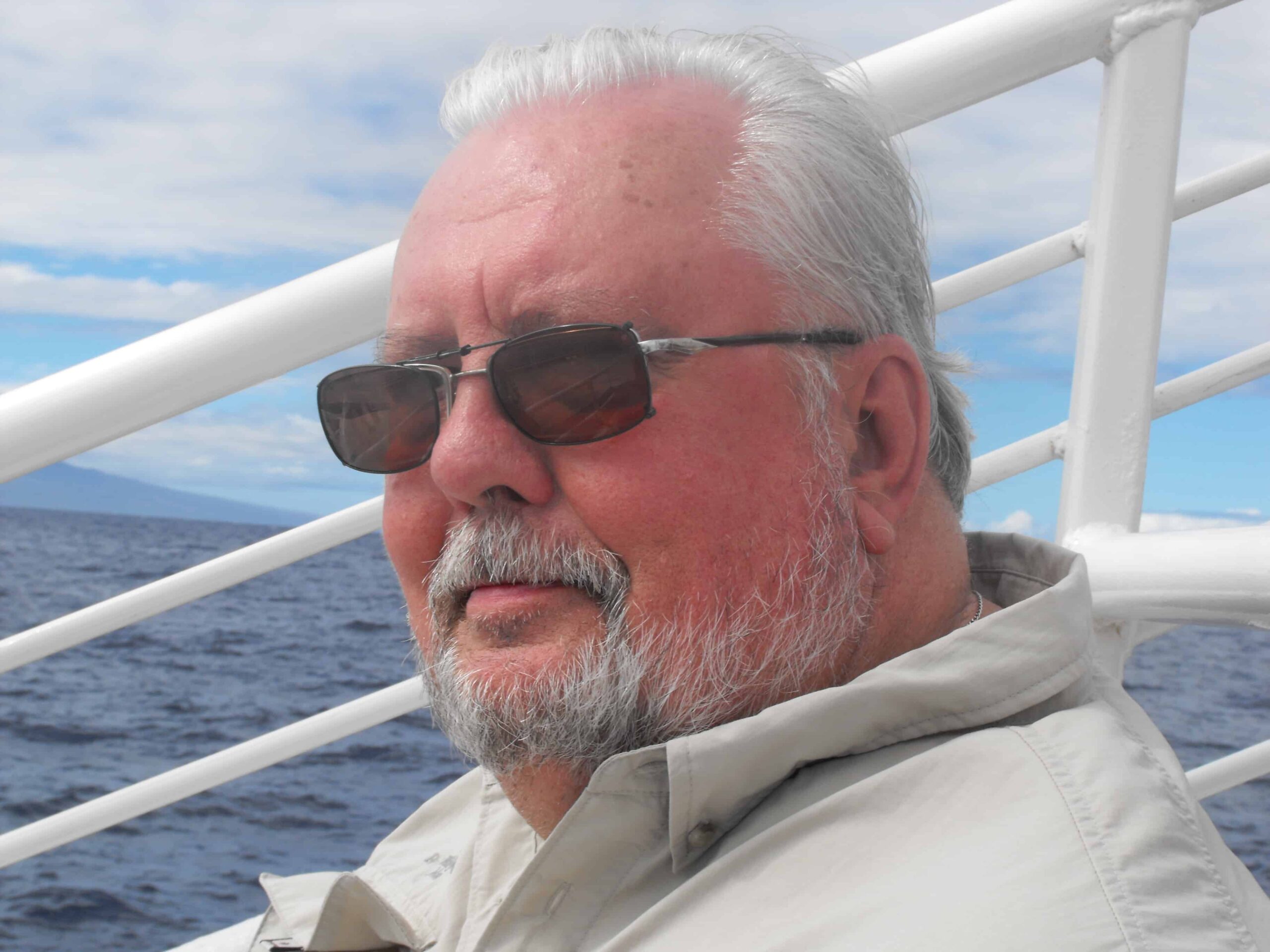 Andy Michaelson passed away peacefully on May 10, 2017 leaving to mourn his loving wife Carol Fergusson. He was predeceased by his parents, Lillian (Pratt) and Thomas Michaelson.

Born in Calgary, Andy moved to Edmonton as a child. He served as an Ordinary Seaman in the Royal Canadian Naval Reserve and later attended NAIT earning a Marketing diploma.

Andy was a gentleman of many talents and a memorable personality. He had a wonderful, resonant speaking voice and began a career as a radio announcer and reporter at CHED, followed by CKYL Peace River, CJCA Edmonton, and CISL, CKNW and CJOR in Vancouver, then was a communications professional and consultant in Vancouver and Edmonton, and finally, found his calling as a writer and poet in St. Albert.

Andy had a generous, compassionate heart. He was complex, sometimes difficult, loved conversation, was a fine story teller and humourist, and collected good Scotch. Andy loved animals and birds, delighting in the variety attracted to their yard. More than anything, Andy had a highly developed sense of justice. He showed interest in others and their cultures while treating everyone with the dignity and respect that each deserved. He was particularly interested in First Nations and Metis history and culture.

Having lifelong bipolar disorder, Andy worked very hard to keep the black dog at bay and support others with mental illnesses in their struggles.

In recent years, Andy was a skilled poet expressing himself on diverse topics. Andy devoted many hours as teacher and mentor, encouraging children and adults to write and perform their poetry. He was a co-founder of Poets’ Ink, a local writing group, a member of many other writing groups and organizations, and regularly performed at poetry readings. In 2009, Andy received a St. Albert Mayor`s Celebration of the Arts Award for Arts Promotion and, in 2011, a St. Albert Community Recognition Award for Arts and Culture.

During the Christmas season, Andy was a fantastic jolly old elf, volunteering his time to various charities, non-profits and local community events to ensure as many children and parents as possible could have a wonderful memory.

Andy was a member of the Royal Canadian Legion and regularly thanked military members for their service. His poem ‘A Child Sang’ was published on the Parliamentary Poet Laureate’s website in November 2006.

Andy had many good friends and associates whom he treasured. Special recognition goes to April Hildebrandt whom Andy called his `Little Sis` and who held a special place in his heart.

Especially, Andy treasured Carol who was his loving partner over many years and was with him on every step of his journey.

Andy and Carol are forever grateful and appreciative of those who helped Andy, both in recent and past years, with his psychological and medical needs as the care was always exceptional: Pharmacist Elaine Mah, Dr. Shari Fallis, Dr. Lynda Phillips, Dr. Craig Buchholz, Dr. Jeffrey Harris, Dr. Naresh Jha, Cross Cancer Institute staff particularly Dave, Carmen, Patty and the nurses in the nursing bay, Homecare, and finally, the doctors, nurses and staff at Covenant Care Foyer Lacombe hospice.

A Celebration of Life will be held on Saturday, May 20, 2017 from noon to 3 p.m. at The John Beedle Centre - St. Albert Botanic Park, 265 Sturgeon Road, St. Albert AB. https://www.stalbertbotanicpark.com/ There will be an opportunity to read a poem at the public gazebo, either from your own or Andy’s writings or by another author, in remembrance of Andy.