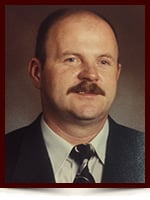 Andrzej was born in Klimontów, Poland and passed away in his home in Edmonton, Alberta. He is survived by his daughters, Agnieszka (Vincent) and Katarzyna, his grandsons Griffin and Elliot and  his brother Krzysztof.

He is predeceased by his mother Leokadia Bilska, father Marian Supa, brother Lech, and sister-in-law Jadwiga.