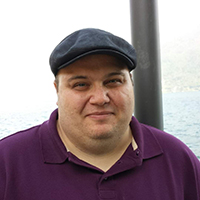 It is with heavy hearts that the family of Antonio Sorgiovanni announce his passing on April 25, 2021 at the age of 49 years.

He leaves to cherish his memory, his parents Leopoldo and Michelina, sister Patrizia, and brother Francesco, his nieces Isabelle and Ruby, and his grandmother Carmela. He also leaves his aunts and uncles in Canada; Felice, Joseph (Anna), Franco (Lisa), Santo (Rosaria), and from Italy, Carmela (Saverio), Pino (Rosalba) and Bartolomeo (Susanna). He also leaves many cousins in Canada; Yolanda (Tom), Sandra (Raffaele), Carmela, Roberto (Lin), Daniele (Veronica), Michael, Christopher, Jonathan, Rachelle, Christine, Sarah (Tchadas), and from Italy, Francesco (Arianna), Debora (Alberto), Luca, Mirko and second cousins in Canada; Michael, Matteo, Giuliana, Valentina, Vincent, and Koah, and from Italy, Samuele, Leonardo, Aleandro, and Enea as well as many other friends and relatives around the world.

A live stream will be available through this link; https://youtu.be/fuVTSE3HZDI

If friends so wish, memorial donations may be made in Tony’s name to the charity of one’s choice.