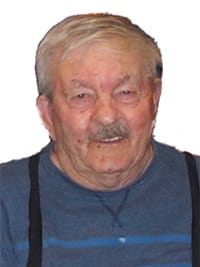 It is with heavy hearts that we announce the passing of Carl Bahrynowski at the age of 81 years on Tuesday, June 19, 2018 at the Edson Healthcare Centre.

A Celebration of Carl’s life will be held on Monday, June 25, 2018 at 11:00 a.m. at Wildwood Community Centre with Father Slavko Dumec officiating, internment to follow at St Mary’s Cemetery.

If friends so desire memorial donations may be made in his memory to Mayerthorpe Healthcare Centre.