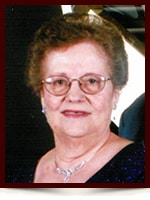 On August 15, 2013, Carolina Giuseppina Danese of Edmonton passed away at the age of 76 years.

A special thank you to the doctors, nurses, and staff at the Robbins Pavilion on the 6th Floor West, Royal Alexandra Hospital for their care.