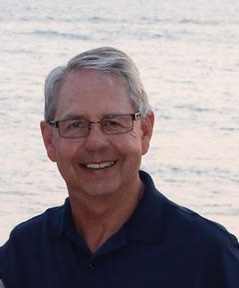 It is with deep sadness, that the family of Dan Gitzel announces his sudden passing at the age of 75 years. He will lovingly be remembered by his wife Norma, daughter Trisha (Hilmar) Lemke, daughter-in-law Marcie Gitzel; his five grandchildren, Jessica Gitzel, Joel Gitzel, Joshua Gitzel, Anna Lemke and Katja Lemke; his brother Clarence (Maureen) Gitzel, his sister Irene Gardner, his brother Stan (Joan) Gitzel, his sister Carol (Brian) Lindskoog, and his sister-in-law Naomi Gitzel; as well as extended family members and many friends. Dan is predeceased by his son Nathan, his brother Norman and his parents David and Elizabeth Gitzel.

Dan was born and raised on a farm in the Stony Plain area. He graduated in 1969 with his Bachelor of Commerce from the University of Alberta. He began his career working for the Government of Alberta. He then worked in administration at the Edmonton General Hospital and then the Grey Nuns Hospital. In 1989 Dan began his career in Real Estate and most recently was the Owner Broker of Century 21 Evolve.

Dan married the love of his life, Norma, in 1971 and they enjoyed 50 years of marriage together. Dan enjoyed spending time with his grandchildren, golfing with Norma and friends, working in his yard, serving at his church and running his own business. He was always an optimist and would go out of his way to help those around him. He had a big heart and cared for the people in his life. Dan loved God deeply and was actively involved in his church.

If you wish to make a donation in Dan's memory please consider Camp Nakamun (www.campnakamun.com) or another charity of your choice.

A Celebration of Dan's life will be livestreamed on June 12, 11:00 am here: https://youtu.be/wv5WpHxyGKQ