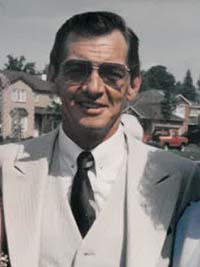 With profound sorrow and much love, we share the passing of Dave Kirk on September 16, 2021 at the age of 76.

Dave was born in Ottawa, ON. He moved to Vancouver, BC, and then on to Edmonton, AB where he worked as a long haul Truck Driver and passed away there.

Dave was predeceased by his parents Kenneth and Mary Kirk (nee McGibbon), his second wife Shirley Kirk as well as his daughter Shelly Lynn Kirk.

Due to the Covid 19 restrictions the family will be holding a celebration of life at a later date TBA.

In Lieu of flowers donations may be made to the Lung Association of AB.