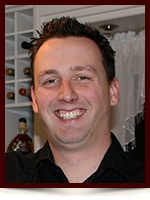 It is with profound sadness that the family of David McDonald announces his sudden passing on April 9, 2015 at the age of 31.

David was predeceased by his grandmother Mary Veenstra, grandfathers Gilbert McDonald and Steve Woelinga as well as his infant brother William (1982).