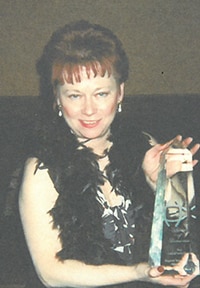 Debbie’s career was in the insurance industry.   She met the love of her life (Glen McKay) while working at London Life and in 1992 they were married at St. Michaels Church.  In 1996 they were blessed with their amazing son Dayton Johnathan who instantly became the centre of their lives.  Debbie, Glen and Dayton enjoyed camping, fishing and frequent trips in their motorhome.

Debbie will take her final resting place next to her beloved husband Glen, at St. Stephen’s Cemetery.