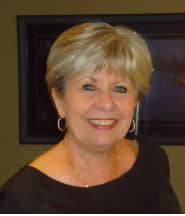 It is with tremendous grief and sadness that we announce the passing of Diane Margaret Christine Lea of Edmonton on May 10, 2020 after a very brief and tragic illness.

Diane is predeceased by her father George Cockburn of Saskatoon SK. Diane leaves behind 10 grandchildren and 2 great grandchildren.

Diane was born in Saskatoon SK on December 27, 1950 and attended Mount Royal Collegiate. Diane’s strong interest in law enforcement was reflected in her love and loyalty for the greater policing community and lasted her entire lifetime. Her working career included working for the Saskatoon Police Service in an administrative role as well as many years as a civilian member of the Royal Canadian Mounted Police in various capacities and detachments in Manitoba, Alberta and British Columbia. She especially enjoyed her role as Community Relations Officer in Grande Prairie, AB as well as her administrative role with GIS RCMP sub-division in Thompson, MB. Toward the end of her working career Diane spent many years with the Government of Canada, Service Canada unit in program delivery within Alberta and British Columbia.

Diane enjoyed travelling especially to her favourite places on the planet (Tofino, Jasper and Vancouver / Victoria). She could often be seen reading true crime novels and binge watching tv series. Diane’s true passion however was her love for her family and especially her grandchildren. Having retired in the Comox Valley on Vancouver Island in 2010, Diane missed her family on the prairies very much. In the fall of 2016, Diane and her husband moved back to Edmonton to be closer to the kids and grandchildren. The grand kids brought a smile to her face every time she saw them and she could often be heard boasting to anyone who would listen.

A very special thank you to the Trinity Funeral Home for the professionalism and caring assistance they provided to us. We also want to thank the medical team who assisted Diane and the family through this journey, especially to her family physician Dr Belhaj for his overwhelming compassion and empathy. Also special recognition to Dr Schiller, Oncology Surgeon for his professionalism, candidness and expeditious referrals, Dr Scarfe Medical Oncologist at the Cross Cancer Institute, the Doctors and Nurses at the University of Alberta Hospital (Unit 5F2) and the outstanding Palliative Care Team, Kristin (RN), Karen (RN), Victoria (RN), Elisha (Nurse Practitioner) & Dr Chan for their excellent support and care provided during home visits.

Diane’s wishes were for donations in lieu of flowers to the MARS Mountainaire Avian Rescue Society, Merville BC, the North Island Wildlife Recovery Centre, Errington BC or any SPCA.