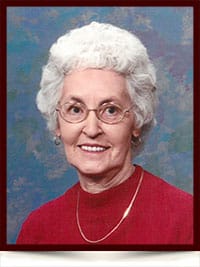 Doreen was the fifth child of eight children born to Duncan and Flora Kabel in Rural Manitoba. She lived most of her life in Edmonton and is survived by two of her siblings Laura Vermette of Dauphin Manitoba and Roy Kabel of Red Deer Alberta, and by a multitude of nieces and nephews of her siblings.

Doreen is also survived by her three children and they are Lee (Lyn), Randy (Debbie) and her daughter Sandee. She has four Grandchildren: Kirsten (David), Chelsey (Oscar), Duncan (fiance Katie) and Ethan and she has three Great Granddaughters: Adalyn, Alayna and Eliana.

After raising her children Doreen returned to work and spent many years working at Zellers Kingsway and has been retired these past 18 years.

The last few years of her life her mobility declined due to her on going battle with COPD. She enjoyed visiting with her family and friends and passed away, as she wanted, at home sitting in her favorite chair.